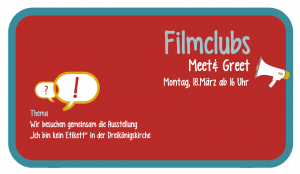 Marwa and her younger sister Ayah and brother Mahmoud live in the Zaatari refugee camp in Jordan. They fled from Syria with their mother and older brothers and sisters. When filmmaker Dina Naser starts documenting them in 2012, their respective ages are 11, 9 and 5.

The children speak openly with Naser about the horrors they experienced in Syria, but they remain resilient and cheerful. The setting is a huge camp cut off from the outside world by barbed wire. Here they live in primitive conditions, in a small space lacking running water or other basic necessities. Despite the hardships, this is where the children explore and play.

As the years pass, Naser sometimes loses contact with the family despite her best efforts. But the children continue to film each other with a camera she gave them. An abrupt turn of events at the end of the film reminds us of how precarious life is for this family fleeing war.

When Cao de Benós tells The Mole that he is looking for possible investors into North Korea, The Mole introduces the mysterious “Mr. James” (played by Jim Latrache-Qvortrup), who pretends to be a possible investor. Cao de Benós gets all excited about Mr. James and the possibility of selling drugs and weapons from North Korea, so he arranges for The Mole and Mr. James to travel to North Korea. In North Korea, officials from the regime offer Mr. James to sign a contract on producing drugs and weapons. Later, Mr. James meets the North Koreans again in Uganda, where they discuss buying an island in Lake Victoria to construct an underground drug- and weapons manufactory under the disguise of establishing a luxury hotel.

Filmed in secrecy over a period of 10 years, THE MOLE is the most disturbing story of the 21st century and will make you wonder if the world will ever be the same again.